An Obituary to Palm 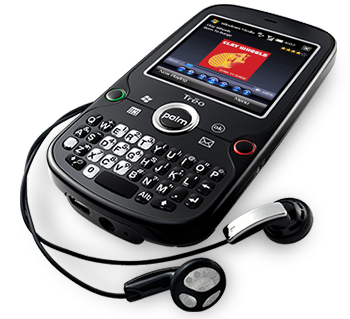 HP's WebOS, the supremely innovative but notoriously reclusive mobile operating system, died Thursday along with the associated Palm devices in a office park in Palo Alto, Calif., after a long bout with neglect from developers, various owners, and, ultimately, customers. It was 15.
Palm seemed on the road to recovery recently, after tech behemoth Hewlett-Packard purchased the company almost one year ago for $1.2 billion, reviving its health with every form of investment, from R&D to the massive marketing campaign behind the TouchPad. The TouchPad hardware was elegant, if unremarkable, but WebOS drew well-deserved rave reviews. The Palm Pre3, spotted briefly, was a serious leap ahead from older, quirkier models. The company was rumored to be readying a 7-inch TouchPad Go.
Mourners recalled the early years of Palm, when WebOS was just a gleam in our eyes. US Robotics first introduced the Palm Pilot publicly at the DEMO conference in Palm Springs, and it featured Graffiti, a shorthand concept for handwriting recognition, which this author still uses to sign legal documents.
But it all took a turn for the worse when, barely a month after its revival, its health continued to suffer. Sales were anemic, HP and its retail partners dropped the price, Best Buy ratted out the poor performance numbers, and all hope was gone.
3Com took ownership of Palm when it merged with US Robotics in 1997. Ironically, 3Com is now a part of HP. In a way, Palm came back home to die.
There was Handspring and Palm Computing, the Zire, the Treo, the Centro, the Pixi, the Pre, the Veer. May they, too, rest in peace.
The WebOS code lives on, like the final remains ready to be tossed into the sea. Someone still may decide its memory must live on.


R.I.P Palm. you will be missed
Footnote: This blog update was meant to have been a review of the Touchpad, after I bought one a mere 24hours before HP killed the Touchpad.
Diposting oleh Welcome To My Blog di 02.25