Divyank Turakhia of Directi Group is remarkable young entrepreneur he started driving towards mission at age of 14.

Born 29 Jan 1982. Started entrepreneurial journey at the age of 14 in 1996 by consulting big companies and helping them to start their business online and kept doing this for two year and in 1998 at age of 16 he and his elder brother Bhavin Turakhia borrowed Rs. 25000 as loan from their parents and founded a company name Skenzo which became no 1 Domain parking site within a year and Skenzo is still on top and leader in its area later on Skenzo became part of Directi group.


Till 1998 his company reached a milestone of 1,00,000 customer globally and tripled his revenue in next two years. His company was featured in almost all popular Business magazines and newspapers globally Times of India, India Today, Business Standard, Rediff, Money Today, CNBC, Business Week, Entrepreneur Magazine and many more.

He was invited speaking at various universities, Industrial conferences in India, US and China. 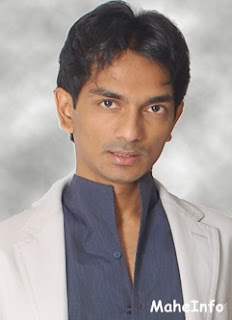 
He was born in Bombay (Mumbai), India in 1982. From childhood he had interest in Computers and programming mainly in games. He didn't had computer at home because computers were too much costly at that time so he use to practice all his computer activities at school lab and rich friend house who was having computer. At the age of 9 he started programming games and he created his first 3 games as a school projects when he was of 12. The best thing was he learnt all programming him self and was also teaching to other student in his school.


He also sold school projects to his rich friend when he was 13 and they use to get A grade for projects which was not bad for what they pay to Divyank.

About his company Directi Group
.
Directi is spreaded  all around the world and is global leader and has offices in India, China, UAE. Skenzo, LogicBoxes, ResellerClub, WebHosting Info are part of Directi and valued at $300 million having 550+ employes and still recruiting more every year. 10,00,000 customers worldwide. Having 25+ internet products to serve.

Wikipedia Campus Ambassador program is part of Wikimedia Public  Policy initiative project which was first launched in United States in year  2010 with top Universities Harvard University, Indiana University,  Georgetown University, UC Berkeley and many other colleges and now it  will launch in Pune (INDIA).

Wikipedia Campus Ambassador will start in May 2011 in Pune and will  spread to other region of India by September 2011. Pune was chosen for  this event because of its huge numbers of colleges in the city.


Who can be Wikipedia campus Ambassadors?

Undergraduate, Graduate or Postgraduate student, Faculty College or  University staff members or any person close to college or university.

What you will get as Wikipedia campus Ambassadors?

Training, presentation and free workshops.
The Ambassadors will not be paid in monetary term but will be given training  material, merchandise. If you are running event about Wikipedia them you  will be paid.
Knowledge about Wikipedia
Chance to work online with College, University, Teachers
Invitation in other Wikimedia events.


How to Apply or Join Wikipedia campus Ambassadors?

If you are interested and want to join this program then download below given form and after filling it email it to Email : ambassadors-ind@wikimedia.org 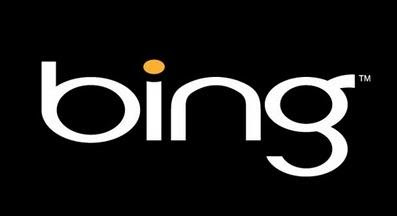 This is the easiest and fastest way to submit your site map to Bing.

Keyword research has become very essential part due to huge competition. Keyword research is done by webmaster in order to get higher rank in search engines or improve SERP (Search Engine Result Page) and improve SEO. It helps to get data of most searched term on internet. Below is the list of some free and best Keyword research tools online.

Actually Google Adwords is an advertising tool which offers PPC, CPM text and banner ads for advertisers but many webmasters and blogger use this tool as keyword research tool and this is the best of all.

Google trends is the tool which shows trend of a particular search term in various countries and regions. Google trend also analyses traffic of websites but only for high traffic websites. 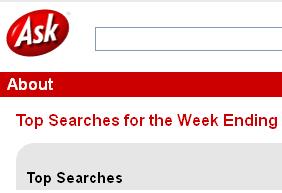 Watch most popular video of the day

12Vid is a site which gives you list of top 12 video of the day not only from Youtube but also from all other video platform. This service help us to know which video is popular today without visiting all the video site on the web. You can share and get daily videos on facebook and can browse videos by categories.

The number of internet user in India has grown to 71 million according to IMRB report and 66% growth in online ad spending. Online advertising are very popular now a days and are growing rapidly in India. As online shopping fashion is popular now a days and has increased and still increasing rapidly in India. Online advertising is advantageous for both advertiser and publisher. So check out the list...

1. Admagnet
Launched in 2008
Admagnet is one of the largest and fastest growing ad network in India and claiming 197 million page view per month and 600+ million impression per month and having 51% of Indian internet population covered by admagnet. Admagnet achieved this huge success within 2 years and also considered as 4th largest digital media in world for its Unique users which they have. The minimum requirement to join Admagnet is minimum 1 million page view per month.
Type of ads CPM (Cost Per Mile), CPC (Cost per Click)

2. Sulekha Adnetwork
Launched in 2001
Sulekha is the leading Internet company in India providing services like Classifieds, Yellow pages, Socail media and it is one of the best local serch engine. Website Sulekha Adnetwork dosent have any direct joining option to it If you want to join this network then you have to drop a mail to the mail id given on website.


Launched in 2006
Type of ads : CPM and performance based.
Komli is one of the oldest digital media service in India and it has always been on top in India. It has various types of advertising format to choose from for both advertiser and publisher. Komli has kept improving its technology and introduced many new format continously.

6. Bixee Adx
Launched in 2005
Bixee is owned by ibibo.com and bixee help to increase revenue by adding a search bar (job, education, travel) in website and every time some one make search it makes money for you.

7. Ozone Media
Launched in 2006
Ozen media has large number of top Indian brands Advertisers and Publishers in its pocket. It provides CPM (Cost Per Mile), CPC (Cost per Click) and CPL (Cost Per Lead). It have some minimum reuirement for publishers to join it.

Inviziads is special ad network for gaming website. If you are having gaming website and you don't know how to implement ads in games then you need not worry Inviziads will do it for you. You just have to send require code to them and they will do rest of the things.

10. Admaya
Admaya is also show ads on your search engine of your blog mainly google adsense provide this service by its custom search bar but if you don't have adsense account then admaya is an alternative.

11. Tyroo
Launched in 2006
Tyoo is leading Intenet advertising company in India. 35% of stakes of Tyroo are been acquired by Yahoo. Tyroo have some biggest clients like Microsoft, HP, Dell, Samsung etc

12. Pubmatic
Launched in 2006
Komli is the parent network of Pubmatic. Its a ad management solution for publishers to maintain hassle free way to monetize website.

13. Adchakra
Adchakra have a very cool feature of Search engine advertising for its advertiser in which the advertiser have to choose geographical region where his ads must be seen.
Type of ads CPM