As mentioned before I'm currently in a young leadership development program, called Fast Forward (FFWD). This program has been setup to ensure the future leadership within Capgemini Netherlands.

This first module was mostly about getting to know each other. Well we sure got to know each other ;-)
At the end of two days at least my conclusion (and I think others felt so too) was that being someone who's leadership skills are noticed by the outside world most of the time has to do with how much you've experienced in the past.
What I mean is that most (if not all) of the FFWD participants seem to have a "history", meaning they lost a relative, have been in an accident or somehow had an experience that changed their life drastically. Especially their view on life and how and what they want to achieve.

Besides this serious stuff we also did some fun stuff, like:
Making an helicopter flight, doing a GPS survival tour and some crossbow shooting.

At the end of day two the energy level for most of the participants was fairly low, but the mental energy level was very high. A good feeling is what remains at this moment!

We'll see what the next module will bring us... The location (Les Fontaines) is alright so...
Diposting oleh Welcome To My Blog di 01.09 Tidak ada komentar: 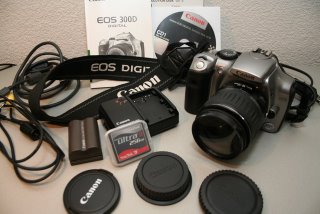 I tried the dutch e-bay site marktplaats.nl, but that turned out to be a mistake... A lot of 300D's there and eventually a shitty price!

So I thought hey what the hack, I might as well sell it to my brother-in-law. He likes to play around with photography since he's been in Mexico this summer, still analog back then (seems like ages ;-)) and now he's moving on into the digital world! 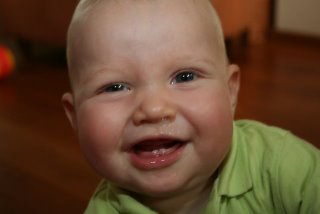 As you can see it's hard to get into the Blog rhythm...

Here is a try to get it on!

I've been uploading some pictures to my picasaweb site (http://picasaweb.google.com/arjan.kramer) like the one you see here from my daughter! Take a look around, I think they are nice ;-)

A lot happend the last few weeks, a couple of highlights:
- I got the Canon 350D digital camera! Woowie!!!
- I'm currently working (with a couple of colleagues of the German part of Capgemini) on a Proposal for a big German company. I might have to go there for approx. 6 months.
- I was asked to participate in a Leadership development programme within Capgemini Netherlands!!!

I will get back with more on these topics soon ;-)