Buy Aakash Tablet, read Aakash Tablet Review and Specs. Aakash also known as Sakshat the world’s cheapest tablet and now for sale and available for order on its official website http://www.aakashtablet.com. Government of India has already ordered 10 million Aakaash tablets, which will be given to students across India at a discounted price of Rs.1750, but for general public it costs Rs.2,500. Aakash has been manufactured by Canada based company called as 'DataWind' in collaboration with IIT Rajasthan, it has been manufactured and assembled completely in India. They have also announced UbiSlate 7 (The upgraded version of Aakash) and it is also available for pre-order and is manufactured and assembled in China. UbiSlate 7 Price Rs. 2999 and will be available by the end of January 2012. 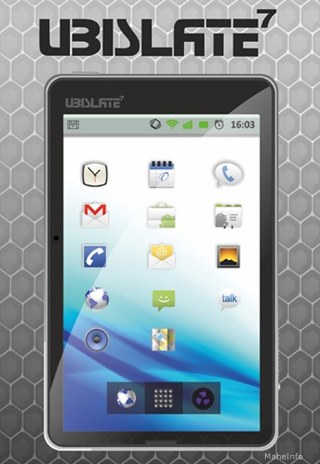 UbiSlate 7 is powered with Cortex A8 – 700 Mhz processor which is more than the double of Aakash tablet and runs on Android 2.3. UbiSlate 7 comes with 3200 mAh battery which will gives more battery backup than original Aakash tablet and also supports WiFi & GPRS with SIM & Phone functionality. Overall if we see UbiSlate 7 is the better option to choose.